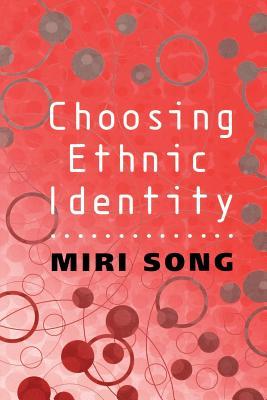 Choosing Ethnic Identity explores the ways in which people are able to choose their ethnic identities in contemporary multiethnic societies such as the USA and Britain. Notions such as adopting an identity, or self-designated terms, such as Black British and Asian American, suggest the importance of agency and choice for individuals. However, the actual range of ethnic identities available to individuals and the groups to which they belong are not wholly under their control.

These identities must be negotiated in relation to both the wider society and coethnics. The ability of minority individuals and groups to assert or recreate their own self-images and ethnic identities, against the backdrop of ethnic and racial labelling by the wider society, is important for their self-esteem and social status.

This book examines the ways in which ethnic minority groups and individuals are able to assert and negotiate ethnic identities of their choosing, and the constraints structuring such choices. By drawing on studies from both the USA and Britain, Miri Song concludes that while significant constraints surround the exercising of ethnic options, there are numerous ways in which ethnic minority individuals and groups contest and assert particular meanings and representations associated with their ethnic identities.