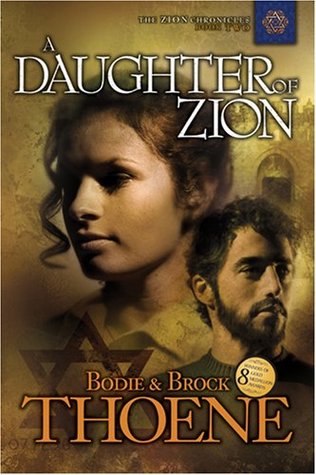 She survived the Holocaust at great personal cost. But will her past now destroy her?It’s January 1948. After suffering the horrors of years in a Nazi concentration camp, Rachel Lubetkin has at last come home to Jerusalem . . . and the family who thought she was dead. But the mark on her arm has also marked her heart. Will her secrets, if revealed, discredit her among her own people?

And at a time of great danger, when she so desperately wants to help?British soldiers stand idly by while Arabs attack Jewish transports in the besieged Old City. Moshe Sachar, archaeologist by day and secret blockade runner by night, determines to fight for the ancient promises.

But he can’t shake the vision of the beautiful young woman he rescued from the sea.The very same Jewess that Gerhardt, a former Nazi, vows to find . . . to make her pay.

Comments
Comments for "A Daughter of Zion (Zion Chronicles #2)":