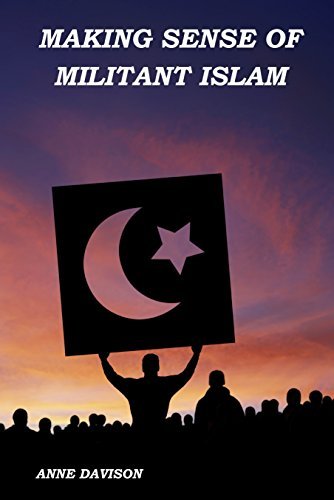 These questions are addressed In the first two chapters by comparing mainstream traditional Islamic teaching with the ideology promoted by such groups as the so-called Islamic State.The following chapter looks at the works of early radical thinkers, for example Ibn Taymiyya and Al-Wahhab, both of whom who were to influence modern Islamists such as Sayyid Qutb of the Muslim Brotherhood and Osama bin Laden who founded Al-Qaeda.All these radical thinkers formed their ideology against a particular historical background. For example Ibn Taymiyya crystalised the doctrine of military jihad in the context of the Mongol invasions of the 13th century.

Al-Wahhab and Sayyid Qutb both lived at a time when the Ottoman Empire was in decline and the Arab world was moving into a period of instability following World War One. These issues, including the rise of Arab nationalism are discussed in chapter four.The final three chapters examine the recent rise of militant Islamism including an exploration of the origins of Al-Qaeda and the subsequent growth of Al-Qaeda in Iraq which morphed into the so-called Islamic State.The book is written in an accessible style and includes helpful maps and charts.

As with other books in this series it would appeal to the non-specialist. It is aimed at the general reader who is interested in a particular topic but doesnt have the time or inclination to read a heavy academic tome.